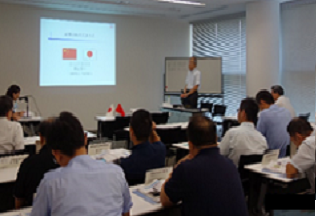 Under the instruction and financial support of the Ministry of Economy, Trade and Industry (METI), the Energy Conservation Center, Japan (ECCJ) has been implementingsupport activities to promote energy conservation in China by dispatching experts and inviting trainees to Japan. As part of these activities, training was implemented in Japan on the following themes between September 3 and 7, 2018.

(1) Promotion of energy conservation in universities and in small and medium enterprises (energy audits, etc.)

□ Photograph of participants (including the Japanese side) and view of lecture 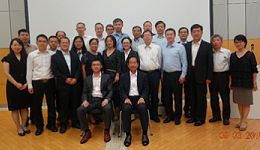