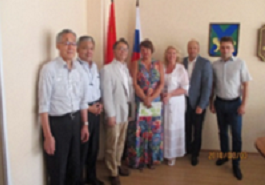 The Energy Conservation Center, Japan (ECCJ) dispatched energy conservation experts and conducted an energy conservation preliminary audit of the Public Compulsory Education School (Shkola) No. 69 in Vladivostok City, Primorsky Krai, Russia during the two-day period between August 2 and 3, 2018. The main audit is planned in February 2019. 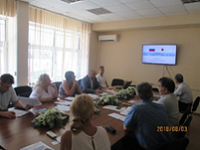 View of inspection visit of the district heating and cooling header 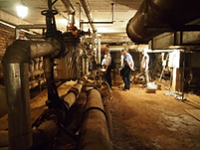 In Russia, building-related energy consumption occupies a large proportion of the total energy consumption. The energy used for heating is particularly large, and measures to conserve this energy have become a major issue.

In the Japan-Russia Energy Cooperation Project in the current fiscal year, following a request from the Ministry of Energy of the Russian Federation and the Primorsky Territory government, it was determined that ECCJ would implement an energy conservation audit of the Public Compulsory Education School (Shkola) No. 69 in Vladivostok City. ECCJ dispatched three experts to Vladivostok City to hold meetings with the Primorsky Territory government and the staff members of the school regarding the energy conservation audit implementation plan. At the same time, a prior preliminary audit of the school facilities was made. The main audit was arranged to be implemented in early February when the weather conditions are severe and the energy usage amount increases. Further, for the energy conservation audit this time, a letter of intent (LOI) defining the scope of cooperation was signed with the Russian side.